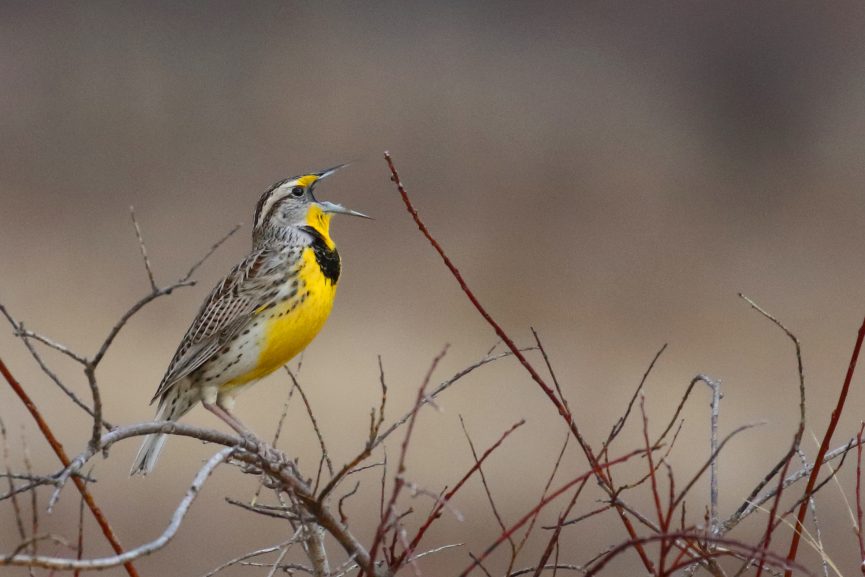 After a long Covid 19 winter, many look forward to spring and the return of Manitoba’s migratory birds.  Canada Geese have already arrived, much earlier than their long term average spring arrival date of March 23rd.

The soundscape of Manitoba has also changed.  Overall, the population of grassland birds along with their songs has declined by 50 percent; including the Western Meadowlark (75% decline).

If nothing is done, we could lose these species at risk, and with them, their beautiful songs as a symbol of spring.  The journal Science reports there are 3 billion fewer birds in Canada and the United States than there were in 1970.

“Changes to the natural habitat since settlement has benefitted some wildlife species, but also endangered others,” said Curtis Hullick, Habitat Field Manager for Manitoba Habitat Heritage Corporation (MHHC).  “Species at Risk are plants, animals and birds that require recovery strategies, or they will no longer exist.   Fifty-nine species have been identified as Species at Risk in Manitoba.”

“Grassland birds are the most threatened type of bird,” said Hullick.  “The top five threatened grassland bird species are the Chestnut-collared Longspur, Ferruginous Hawk, Loggerhead Shrike, Baird’s Sparrow and Sprague’s Pipit.  These birds are now limited to the cattle-based pasture lands of south western Manitoba.  Grazed pastures are not only beneficial for these Species at Risk, but they are also essential to their survival.”

In 2017 the Manitoba Beef Producers partnered with Environment Canada and Climate Change Canada to provide funding to implement a Species at Risk Partnership on Agricultural Lands (SARPAL) in southwest Manitoba.  The grassland habitat program is entering its 5th year.  About 50 producers and over 27,000 acres have been signed so far with Manitoba Beef Producers SARPAL program.

“The Manitoba SARPAL program is geared to farm-specific projects to maintain and enhance grassland habitat”, says Graham.  “The Keep Grazing project provides funding for pasture fencing, cross fencing, a rotational grazing strategy, alternate watering systems or relocation of watering systems for pasture efficiency, and shrub mowing to support healthy grasslands.  We have one more year of funding, so there is a lot of opportunity yet to seek assistance.  The funding has proven beneficial to young cattle producers who are faced with the high costs of expanding their pasturelands and herds.”  For information, phone Carol Graham at 1-204-821-4943 or search the website www.mhhc.mb.ca

Many migratory songbirds will be arriving soon, as spring nears.  They will sing their songs to attract mates and claim territory.  With healthy habitat they will find nesting sites and food to successfully raise a family.