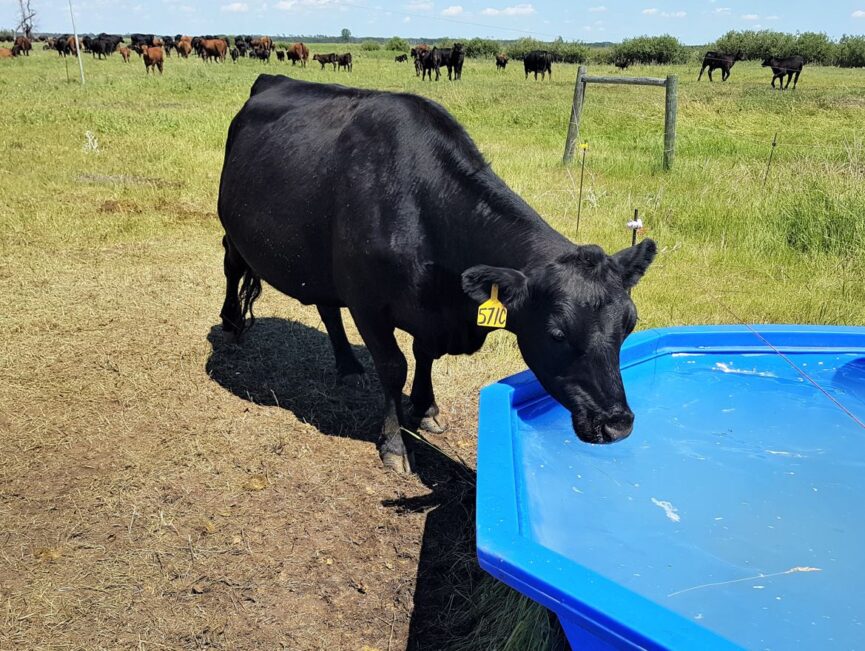 Manitoba Beef Producers received funding from Environment and Climate Change Canada (ECCC) to offer the Keep Grazing Program to cattle producers over a  three-year period. The focus of the program was to deliver information and incentives to cattle producers about enhancing pastureland, with the goal of improving grass quality and maintaining a healthy habitat for species at risk.

Manitoba Habitat Heritage Corporation (MHHC) was pleased to partner with Manitoba Beef Producers to deliver the program,” said Stephen Carlyle, chief executive officer of Manitoba Habitat Heritage Corporation (MHHC). In total, Manitoba is home to 59 species identified under the federal Species at Risk Act. Many of these species are connected to agricultural landscapes. Key concerns are conversion of grasslands to cropland, and habitat degradation.

“The Keep Grazing program understands that grazed pastures offer tremendous benefits to biodiversity and habitat,” said Carlyle. “Cattle producers in Manitoba are an important part of the solution to protecting wildlife habitat.  Ranchers play an integral role in conserving grassland, and grasslands are critical habitat for species at risk. Through production practices, Manitoba cattle producers are making a significant difference to endangered plants and animals. I want to relay our thanks to Manitoba’s cattle producers for your stewardship of grasslands, and protection of species at risk in the province.”

The Keep Grazing Program provided incentives to cattle producers for livestock infrastructure support. Cost-shared incentives and management services were available under a 10-year agreement. Funds were available to participating producers in four targeted grasslands in southwestern Manitoba. Funding was a maximum of $10,000 per quarter section up to a maximum of $50,000 per landowner. Infrastructure incentive funding could be used for fencing, watering systems, shrub control, and establishing new pastures.

“Manitoba Beef Producers and Manitoba Habitat Heritage Corporation have worked hard to secure new funding for cattle producers to expand the Keep Grazing program,” said Curtis Hullick, field manager for MHHC. “Our goal is to get money into cattle producers’ hands to help preserve managed pastures. Last year the average payment to cattle producers was $15,000 per project. We believe investing in pasture infrastructure will help keep grasslands on the landscape, which will assist in the survival of wildlife and species at risk.”

“Last year the Keep Grazing program received $611,000 in funding, of which the Manitoba Beef Producers organization contributed $250,000 of its ECCC funding,” said Jenna Wiebe, MHHC. “With this funding 57 projects were completed involving 53 landowners and the enhancement of over 21,000 acres of grassland pasture habitat. This coming year Manitoba Habitat Heritage Corporation is expecting to allocate $829,000 in total program funding, of which Manitoba Beef Producers is contributing $407,525 of its ECCC funding and in kind producer support.  So far this year the program already has 33 projects on the go.” More applications are welcome.

“There is some great news for 2022,” said Carol Graham, habitat conservation specialist with MHHC. “The Keep Grazing program has changed its name to the Grassland Stewardship program. The change is largely in name only. The incentive program has not changed. The program eligibility area has expanded to include all of southwestern Manitoba, and funding has increased to $13,000 per quarter section to cover increasing infrastructure costs. Grassland habitat biodiversity and landscape resilience is now a higher program priority with the addition of rangeland management planning. Funding from the Grassland Stewardship Program allows cattle producers to increase forage production while contributing to grassland benefits through the rangeland management process.”