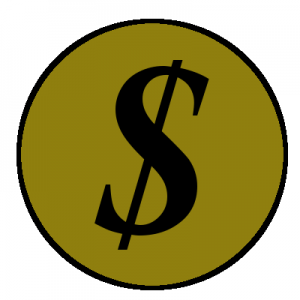 While a conservation easement on agricultural lands may reduce their resale value, a recent study has found that landowners, through easement payments, have been adequately compensated for the difference.

That’s the conclusion of a study conducted by Dr. Chad Lawley from the Department of Agribusiness and Agricultural Economics at the University of Manitoba and Dr. Charles Towe, from the Department of Agricultural and Resource Economics at the University of Maryland.
Lawley and Towe compared the sale price of 78 parcels of land with conservation easements (average size of 248 acres) in western Manitoba to the sale price of 390 similar parcels that did not have conservation easements. On average, parcels with easements had about 50% of the property under agreement.

“We found that on average the parcels with easements sold for about $41 less per acre over the entire parcel than those without easements,” says Lawley. “However, easement payments more than made up the difference.”

Wes Pankratz, a mixed‐operation farmer and Habitat Conservation Specialist with the Manitoba Habitat Heritage Corporation noted that, “These findings are good news for landowners who have, or are thinking about, a conservation easement. When the cash payment for the easement is factored in, the researchers found that landowners, on average, received fair market value for their lands.”

“Since a portion of the parcel has some restrictions on land use because of the easement, subsequent buyers will negotiate a price with the owner based on that knowledge,” Lawley explains. “We calculated that the difference between what the price would have been without the easement and the actual selling price averaged $79 per acre of eased land. But on average, landowners entering into agreements in our study area received higher per‐acre easement payments. So overall, landowners would have received a premium on the deal.”

The use of conservation easements, also called conservation agreements, is a method conservation agencies use to provide long‐term protection of natural habitat such as wetlands, woodlands, grasslands and riparian areas. The easement is recorded on the land title and remains in place with the transfer of ownership. The agreement with the original landowner is entirely voluntary. Easement restrictions include no drainage, clearing or breaking, but the landowner can still take hay or graze the habitat.

“We were also interested in finding out if conservation agencies were actually being successful in conserving habitat that would otherwise be at risk of being converted to cultivated acreage,” Lawley says. “If they were paying for easements on habitat that would not be at risk anyway because the cost of converting it to cultivation would outweigh the benefit, it would be a waste of money. But we found that the agencies are being successful in preserving at‐risk habitat.”