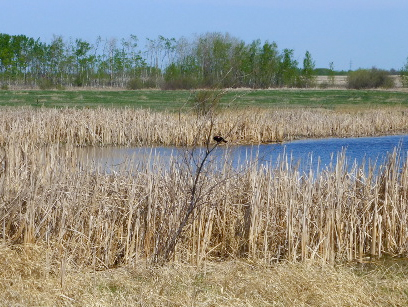 The Manitoba Habitat Heritage Corporation (MHHC) marked Earth Day with the signing of its’ 600th conservation agreement, which will permanently conserve 93 privately-owned acres of upland and 51 acres of wetlands within the Turtlehead Creek watershed in the Turtle Mountains.
This agreement brings the total area of land protected under MHHC’s conservation agreements to over 110,000 acres of threatened habitat in Manitoba. Payments provided to landowners under these agreements has now reached $8.2 million, with a further $700,000 in tax receipts for donated lands.
The announcement was made at a ceremony in Winnipeg where Conservation and Water Stewardship Minister Gord Mackintosh announced eight new artificial duck-nesting tunnels at St. Vital Park. In partnership with the Delta Waterfowl Foundation, the Manitoba Habitat Heritage Corporation has installed and maintains 1,785 nest tunnels across western Manitoba. Research has shown that the nest tunnels improve hatching success to about 80 per cent, compared with a five per cent success rate for birds nesting on the ground.