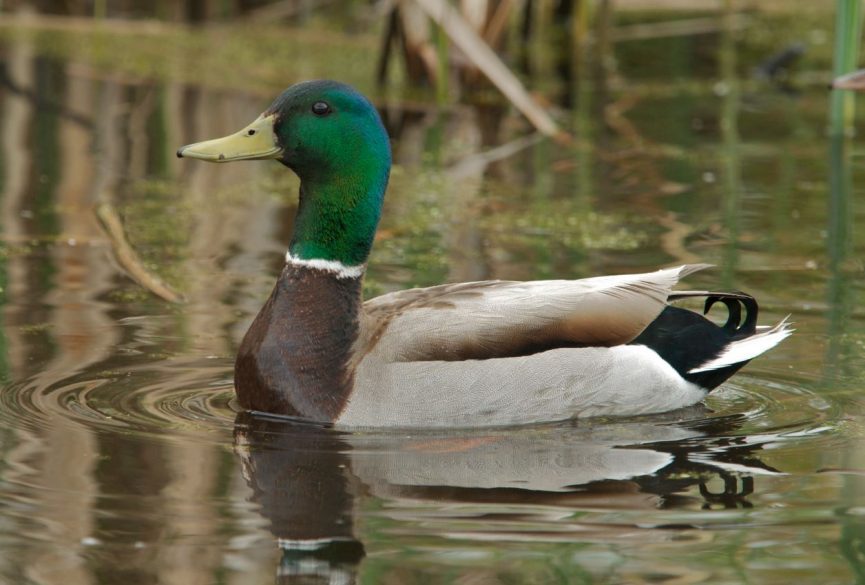 April is prime time for migrating waterfowl to return to south western Manitoba.  Why is this area so special to waterfowl?  The wetlands and grasslands of the Prairie Pothole Region are some of the best waterfowl breeding grounds on the planet.

Spring is a critical time in the life cycle of a duck.  The migration from their south winter home is a strenuous journey.  Early arriving duck pairs are quick to seek out areas to feed, breed and nest.

“Lakes and wetlands are often frozen in early spring, so ducks search out shallow depressions in farmers’ fields and pastures that fill with runoff from melting snow and rain,” says habitat conservation specialist Roy Bullion.   “The nutrient rich soils warm rapidly and create an ideal environment for the growth of aquatic invertebrates such as insect larvae, snails, and shrimp.  These provide the protein and calcium the nesting hens need to build up their energy to produce a clutch of eggs.”

The female duck chooses the nesting area.  “In most cases she is homing to the site of her birth or a site where she successfully hatched a nest,” Bullion says.  “The hen targets sheltered spaces near water with a lot of vegetation so she can stay safe and camouflaged while she incubates her eggs.”  Of the ducklings that hatch, 40 to 60 percent will not survive to fly.

Ducks need wetlands to survive.  Across the Prairie Pothole Region, including southwest Manitoba, wetlands and natural grasslands are disappearing.  Estimates indicate up to 70% of wetlands have been lost or degraded in populated Manitoba.

“Most ducks in Manitoba will be raised on private farmland,” says habitat conservation specialist Ian Fortune.  “So, it is important to develop and implement programs and policies that provide financial incentives for landowners to retain and restore wetlands and nesting habitat.  There are a number of conservation organizations and watershed districts in Manitoba that offer incentive programs.”

Each spring 12 of the most common duck species make the flight north to the Prairie Pothole Region.  Up to 50 percent of the North American population of 8 of these duck species is supported by prairie pothole habitat.